POVs and Why We Choose Them

Home » POVs and Why We Choose Them 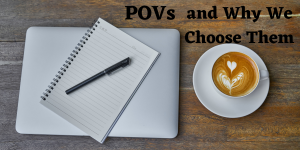 First person POV is the I/we perspective.
It’s when, as the narrator, the characters talk about themselves, their opinions, and things happening to them directly, things they see, feel, hear, et cetera, and their perspective of those things.

Second person (which you’ll rarely see in fiction) is the you perspective.
This POV belongs to the person being addressed. If you find this in a fiction book, it’ll be the character speaking to the reader. Not a bad style; it could bring the reader into the story. But not a POV you want to stick with throughout an entire story.

Third person is the he/she/it/they perspective.
With third person, you’ll have a disembodied narrator describing what the characters are doing and what’s happening to them as well as the environment in a photo-realistic sort of way. You don’t see directly through the characters’ eyes but the narrator will often describe the thoughts and feelings of those the story is about. 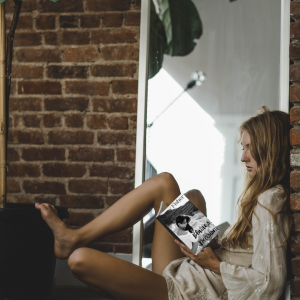 Now that I’m working on the second book in the BlackRock Valley series, Lucy’s B&B, I’ve switched to first person POV from third person. I did it to try the different styles and see which POV I’m more comfortable with, which I may gravitate towards, and which may be my preferred writing style. I’m not sure I like it.

Third person with Blaire’s Decision came very naturally. I’m struggling a bit writing in first person with Lucy’s B&B. I’m over halfway through and I’m going to stick it out — because that would be a hell of a chore to edit otherwise — but I think I’ll go back to third person with the third in the series, Delilah’s Path.

I understand using first person may draw the reader into the story as if they’re living it, and that’s a bonus for a lot of us. But for me, my writing seems to flow better when using third person. I’m able to see the characters and see the scenes much better than if I were “experiencing” it, at least as the writer.

I may try again with first person POV in the future. I may come to enjoy writing in that POV as much as I do third person. But for now, after Lucy’s B&B is finished — which I’m hoping will be soon and ready for release towards the end of the fall of 2021 #shamelessplug — I’m going back to third person and allowing my writing to flow more naturally.

For you authors, which style do you prefer writing in? Or better yet, which style flows better from your fingers?

For you readers, which style do you prefer reading? Which style seems more natural to you, whether it brings you into the story or not, for you to engage more in the storyline?

Either way you roll,