Plotter? Pantser? Somewhere in Between?

Home » Plotter? Pantser? Somewhere in Between? 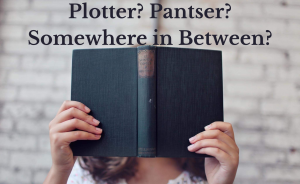 They’re not just for writers, you know?

If you’ve never heard these terms before, let me explain my understanding.

A pantser is one who flies by the seat of their pants.
They sit down and just write. Maybe they have some ideas in their head, maybe they even know how the story will end up, but getting to that point is anyone’s guess.

A plotter is one who outlines their story, sometimes with graphs and charts, and usually follows it chapter by chapter.
I say “usually” because even the best plotters sometimes don’t know what their characters are going to end up doing. But they do their best to stick to the outline they’ve created for their story.

One who is somewhere in between will most likely write down the main points they want in a story, but who will sit down to write, occasionally checking their plot points to make sure they’ve added it or are on the right track to reach them.

Personally, I’m somewhere in between. I’ve tried being both a pantser and a plotter. What I’ve found is that on the one hand, I can’t just sit down to write with no ideas in mind — this is where my writer’s block flares — and on the other hand, I can’t stick to any kind of plot outline that I create — I tend to want to break the rules of the outline.

In life, however, I can happily step into both plotter and pantser roles.

So have you considered, then, that the concept of plotter and pantser can actually go beyond the scope of writing?
Think about it.

Are you one to schedule an event and plan out every little detail of said event? Plotter.

Are you a spontaneous, spur-of-the-moment kind of person who will accept plans at the drop of a hat? Pantser.

When asked if you can do something this coming weekend, do you go through your entire schedule in your head before answering yes or no? Plotter.

When you’re on a road trip or vacation, do you see a road sign for an attraction and immediately detour to check it out? Pantser.

Or…. are you somewhere in between? 😉 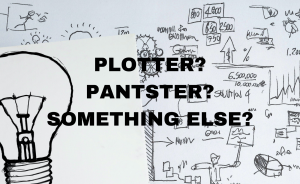 What I’ve found when it comes to my way of writing is this:

First, I formulate a story in my mind. This can be one I’ve written down before — which, there are loads of them! Ideas are NOT hard to come by if you pay attention to the world around you — or it could be one that has literally just sprung to mind. Whether it’s a song I heard, a title I’ve seen (book, movie, article, etc), something said in a movie, a story I’m being told in person, a podcast I’m listening to. Almost anything can be made into a romance. 😉

So I have the story in my mind, a general idea of what I want it to be about. Let’s take Blaire’s Decision, for example. When I came up with that, it was as simple as just getting home from a hiking vacation and wondering how awesome it would be to hike all the time and get paid for it.

Then, because I am a romance author, I had to figure out a romantic hook. How do you make hiking in the desert romantic? I write in both male/female and female/female storylines. So I decided this story would include both. But how do I make that work?

Boom! Old flame returns! Blaire’s in one relationship when her ex comes back.

But why would that matter to the new relationship?

Then the backstory on why the ex left comes to light and it all makes sense….. thus, making the new relationship in trouble because the ex didn’t leave of his own accord, is still in love with Blaire, and has come back to reconcile.

That is all I’m going to give away with Blaire’s Decision. Read the book to find out why the ex left, how it makes Blaire feel, and what she decides to do in the end.

Back to the point.

I have a LOT of respect for both plotters and pantsers. If your brain works specifically in one of those two ways, kudos to you! The fact that you can literally outline your entire (or almost entire) book is fabulous! When writer’s block starts creeping in, you can just refer to your outline and you’re back in business. Or so I would presume. If, however, you can just sit down to write and let the creative juices free and allow the story to take you wherever it does, hell yeah! That’s amazing in itself!

Me? I have just enough of each that, fortunately, my writing process rarely stalls out. Like I said above, when I have a storyline I want to write about, I’ll write notes of scenes I want included in the book. Not all will make it in, of course, if the story didn’t take me there. But I’ll have pages and pages of notes about the main plot points that I want in the story. Some will be more detailed than others, some will be just one-liners that popped into my head, and still others I will almost write the entire scene to just include when the time is right.

One problem I may have is that sometimes the story gets away from me and I forget where I wanted it to originally go. When I go back and look over the notes, there are some that won’t fit anywhere. But as a bonus, I get to save them for later and add them to other stories.

Another problem could be how to get from where I’m at in the storyline to where I want to be or figuring out how I explain a certain situation and not leave a plot hole. But that’s the beauty of writing. It comes to you when it comes to you.

I’ve had both story ideas and resolutions to plot holes come to me in the shower — as I’ve heard is quite common — in the middle of yoga or HIIT, while driving, while cleaning, while repotting one of my many plants — a copious amount of cacti among them — literally everywhere.

Whether you’re a plotter, a pantser, or somewhere in between, I hope your writing process makes you happy, makes you successful in any form that may be, is the creation of many wonderful stories, and helps you fight off the inevitable writer’s block. And whatever your style in life may be, I hope it brings you joy in all your journeys, endeavors, and events.

So… a few questions for you writers:
Are you a plotter or a pantser or somewhere in between?
Have you tried another route? And if so, how has it worked out for you?
What was the route in which the easiest story came out, being the plotter or pantser?

And for all you non writers:
Are you a plotter, a pantser, or somewhere in between?
Have you been in a situation where you were forced to work the other way?
How did that work out for you?

Any way you roll, 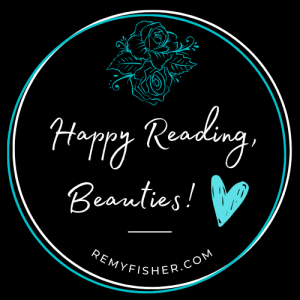