Coming back from the depths of writing despair

Home » Coming back from the depths of writing despair 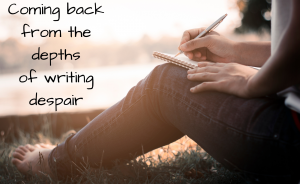 As has been evident, over the past several months my life has been crazy busy. Touching only a moment on the topic, I’ve been studying to become a health coach. The second half of the course was incredibly in depth and time-consuming, and I found myself prioritizing it over other aspects in my life. Mainly my writing.

In addition to that, with helping to plan my daughter’s wedding — yay!! — along with my regular jobs (yes, plural—I’m a scopist and an office manager for my husband’s business) AND trying to find time to keep my house somewhat livable, to say I’ve had a busy year is an understatement!

But…. I’m finished with the course! I’m officially a health coach

and I’m now able to focus more on writing again.

With that said, I have been writing here and there, but Delilah’s Path hasn’t progressed in the manner I’ve wanted it to. I’ve gotten stuck a few times and wasn’t able to progress the storyline. So instead I went back and edited what I’ve already written…. typical writer’s trap, yeah?

The other day, however, I’m in the shower — where all my best ideas come — and lo and behold, the perfect idea comes to mind and all I can do is hope and beg the writing goddesses to allow the thought to stay in my head until I’m finished and can get to my laptop. Quick note: one of the reasons I’ve been stuck is because I couldn’t figure out how to get the story to be a HFN (happy for now) as opposed to HEA (happy ever after).

So after wrestling with some ideas, my brain snapped and I said to myself, “Self…” — just kidding, I don’t actually address myself. 😉 But I did come up with the idea of figuring out how to end the story: literally end the book. As in, skipping ahead and writing the epilogue. I asked myself: How do I want the two main love interests to end up?

Brilliant! (If I do say so myself.)

This may be common to a lot of seasoned writers, but as I’m only working on my third book, it’s a new concept to me.  😛

So as I was finishing up my shower and getting ready for the day, towel still on my head, I rushed to the computer and wrote out the epilogue in record time.

With that came a rush of relief as I realized I was further along in the story than I had thought just an hour before. Because once the ending came into my mind of how I wanted them to end up, I was able to see the story progress to get to that point. Can you imagine the satisfaction!??

A few days later when I got more time to sit and write, I went back to the storyline and mapped out how to finish Delilah’s Path. And you know what I realized then?

I can finish it out with just three more chapters. 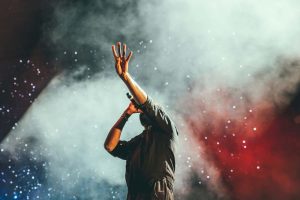 You have no idea how exuberant this makes me feel! Because, if you’ll remember, just a month or so ago, I put out to the world the enormous goal of publishing by the end of October. That was to put a fire under me, but I’d also thought I’d shot myself in the foot. Well, eager reader… 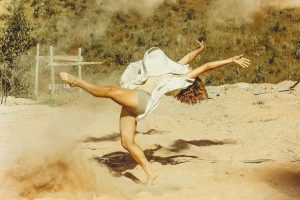 I love experiencing them, hearing about them, and witnessing them.

If you’ve had a recent epiphany — or hell, even not so recent — do share! I can’t wait to hear about them!

Until next time, Beauties, 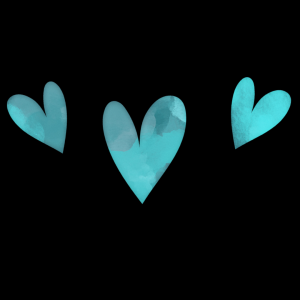